Wow, another great wine from the Piedmont region in northwestern Italy is Barbaresco Red Wine. Historically it was called Nebbiolo di Barbaresco. Nebbiolo is the grape from which it is made. Nebbiolo is the grape variety behind the top-quality red wines of Piedmont, northwestern Italy, the most notable of which are Barbaresco and Barolo. Nebbiolo wines are distinguished by their strong tannins, high acidity and distinctive scent – often described as “tar and roses”.

You’ve probably heard that Barbaresco is one of Italy’s top wines. Yet, for many years, it’s also been one of its most underappreciated fine wines from this area.

But now Barbaresco is stepping up, thanks, in part, to a new generation of innovative winemakers who are embracing more natural farming methods, leading to even higher quality grape production and subsequently better wine. The region’s unique microclimate encourages freshness and balance in its Nebbiolo grapes, even in the hottest vintages. The recent fascination with Nebbiolo and Piedmont has further shined a light on the denomination, as today’s wine lovers discover that Barbaresco is a world-class wine.

A ‘WOW’ History of Barbaresco

Barbaresco is produced in the Piedmont region in an area of the immediately to the east of Alba and specifically in the comunes of Barbaresco, Treiso and Neive plus that area of the frazione San Rocco Seno d’Elvio which was once part of the comune of Barbaresco. It was granted Denominazione di origine controllata (DOC) status in 1966 and Denominazione di Origine Controllata e Garantita status in 1980. The wine is often compared with Barolo—another Nebbiolo based wine from the Piedmont area. Though the wines do share many similarities, there are some distinct differences between them.

Although it was already well-known for the quality of its Nebbiolo grapes, the widely accepted birth date of Barbaresco is 1894, when Cantina Sociale di Barbaresco was founded, as before that date Nebbiolo grapes from the Barbaresco area were mostly sold to Barolo producers. Domizio Cavazza, was named to be the founding director of Alba’s Royal Enological School in 1881, and soon started to develop Barbaresco, which led to his purchase of a farm and a vineyard in 1886. He cultivated its vineyard with Nebbiolo and with a group of nine growers founded the Cantina Sociale, outfitted with barrels and winemaking equipment in order to produce what is considered the first wines to be officially called Barbaresco. After a good start Barbaresco fell on hard times with World War I and the premature death of Cavazza in 1915.

It was not until the late 1950s that Barbaresco would come back again thanks to a new generation of dynamic winemakers. Don Fiorino Marengo, founded Produttori del Barbaresco cooperative cellar, the successor to Cavazza’s original vision to make outstanding wine.

By the late 1960s, the Gaja and Bruno Giacosa wineries began to market Barbaresco internationally with some success. The Produttori cooperative became one of the most respected cellars in Italy and inspired more landholders in Barbaresco to return to their vineyards and to make quality wine. 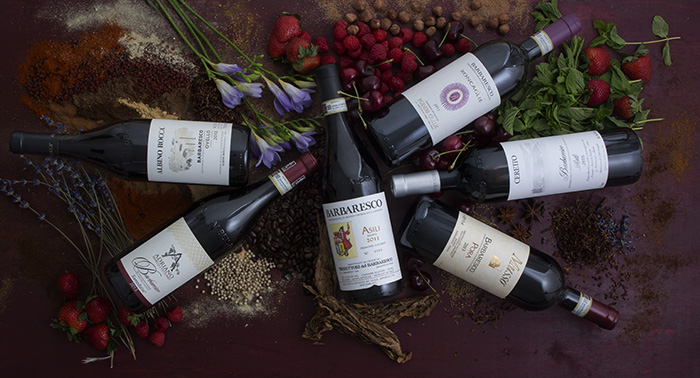 The soils of the Barbaresco zone are composed primarily of calcareous marl dating from the Tortonian epoch. The area is typically divided into three regions based on the principal towns of the area including Barbaresco, Neive and Treiso. The soil and climate of the three areas are very uniform to each other which creates more across the board consistency than what would be found among the 11 communities in the Barolo zone.

The vineyards around the town of Barbaresco make up for 45% of Barbaresco production with many of the area’s largest wineries located in here. Wines from this area tend to be relatively light in color and body but very well-structured and aromatic.

In Neive, the Nebbiolo grape is fourth in plantings behind the cultivation of Barbera, Dolcetto and Moscato but this region is known for making some of the most powerful and tannic expressions of Barbaresco. The area is also home to the highly esteemed Nebbiolo vineyards of Santo Stefano and Bricco di Neive whose names are starting to appear on some single-vineyard bottling. Located east of Barbaresco, Neive is responsible for 31% of Barbaresco’s production and makes some of the most full-bodied and tannic examples of the wine. 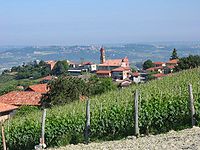 A vineyard in Treiso

Located south of Barbaresco, with vineyards on the highest hilltop sites in the area, Treiso wines tend to be the lightest in body and are principally known for their finesse. A smaller area, Treiso accounts for 20% of the Barbaresco zone’s production.

Beginning in the late 19th century, there have been attempts to classify the area’s vineyards into Burgundian-like crus based on which areas produced the best wines. Today many follow the lists compiled by the vineyards based on which grapes are more highly-priced based on performance. These lists typically include the Asili, Martinenga, Montefico, Montestefano and Rabajà vineyards in Barbaresco, the Albesani, Santo Stefano, Bricco di Neive and Gallina vineyards in Neive, and the Pajorè vineyard in Treiso. 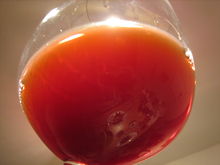 DOCG regulations stipulate that Barbaresco wines must be aged for a minimum of 2 years and at least 9 months in oak prior to release and aged for at least 4 years to be considered a riserva. The wines must have a minimum 12.5% alcohol level though most wines are closer to 13.5%. Well-made examples of Barbaresco wines are expected to be aged at least 5 to 10 years after vintage before they are consumed, as they are extremely tannic and tight in their youth, and some continue to drink well even after 20 years. The typical style of a Barbaresco has bouquets of roses or violets with flavor notes of cherry, truffles, fennel and licorice. As the wine ages, it can develop smoky notes and more earthy and animal flavors like leather and tar.

Despite being made from the same grape and produced in neighboring areas less than 10 miles from each other, the wines of Barbaresco and Barolo do have some distinct differences. The Barbaresco zone receives a slight maritime influence which allows Nebbiolo to ripen here a little earlier than it does in the Barolo zone. This allows the grape to get to fermentation earlier with a shorter maceration time. The early tannins in a young Barbaresco are not quite as harsh as Barolo and under DOCG rules it is allowed to age for a year less than Barolo. The Barolo wines that tend to be closer in body, fruitiness, and perfume to Barbaresco wines are generally the ones produced near the villages of La Morra and Barolo. The most pronounced difference between the two wines is that the tannins of Barbaresco tend to soften quicker, which can make the wines more approachable to drink at an earlier age but won’t allow it to age for as long as a traditionally made Barolo could. The smaller vineyard areas mean that the annual production of Barbaresco is around 35% the production of Barolo and therefore the wines are not as widely available out on the market. However, the smaller area does generally produce more consistent profiles among the Barbaresco than across the more expansive Barolo zone.

Barbaresco is a powerful red wine that combines best with dishes that have a strong flavor. Subtle dishes will be overpowered by this wine and are better to combine with less strong wines.

Traditional Italian dishes from other regions:

Melanzane di Parmigiano, Peposo, Ossobuco and Trippa all fiorentina, and many other Italian dishes.

Barbaresco is too strong in taste to be served with fish, better serve fish with a light red or a fine white wine

Pasta with a strong tomato or truffle sauce.

Old strong cheeses like Parmigiano Reggiano, Pecorino vecchio, old Gouda and old Cheddar, blue cheeses such as Gorgonzola and Castelmagno as well as cheeses with a rich flavor like Fontina, Taleggio, and Boschetto al tartufo.

So WOW! Please try some of these fine selections of Barbaresco wines. Also, please go to winetospiritscrown for a complete selection of all fine wines and spirits. 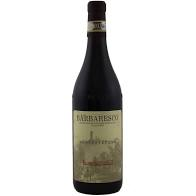 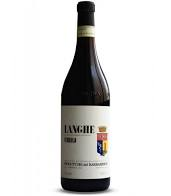 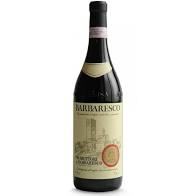