Chianti is currently the most popular Italian red wine in America and is known for being a great dry red wine that goes very well with food. Like most other wines made in the Old World, Chianti derives its name from the region where it is made. The Chianti region is located in Tuscany and the Chianti wines are made primarily from the Sangiovese grape. This area of central Italy is known for its sweeping landscapes, warm sun and artistic and food history.

For the wine to be defined as Chianti, it must be produced in the Chianti region and be made from at least 80% Sangiovese grapes. While most Chiantis are 100% Sangiovese, some winemakers in the region like to blend Sangiovese with a little Cabernet, Merlot or Syrah to soften the finished wine.

A Chianti wine is any wine produced in the Chianti region of central Tuscany. It was historically associated with a squat bottle enclosed in a straw basket, called a fiasco or flask. However, the fiasco is only used by a few makers of the wine as most Chianti is now bottled in more standard shaped wine bottles. The recipe created in the middle of the 19th century consisted of 70% Sangiovese, 15% Canaiolo and 15% Malvasia bianca

The earliest documentation of a “Chianti wine” dates back to the 13th century when viticulture was known to flourish in the “Chianti Mountains” around Florence. The merchants in the nearby townships of Castellina, Gaiole and Radda formed the Lega del Chianti (League of Chianti) to produce and promote the local wine. In 1398, records note that the earliest incarnation of Chianti was as a white wine. In 1716 Cosimo III de’ Medici, Grand Duke of Tuscany issued an edict legislating that the three villages of the Lega del Chianti (Castellina in Chianti, Gaiole in Chianti and Radda in Chianti as well as the village of Greve as the only officially recognized producers of Chianti. This delineation existed until July 1932, when the Italian government expanded the Chianti zone to include the outlying areas of Barberino Val d’Elsa, Chiocchio, Robbiano, San Casciano in Val di Pesa and Strada. Subsequent expansions in 1967 would eventually bring the Chianti zone to cover a very large area all over central Tuscany.

The first definition of a wine-area called Chianti was made in 1716. It described the area near the villages of Gaiole, Castellina and Radda; the so-called Lega del Chianti and later Provincia del Chianti (Chianti province). In 1932 the Chianti area was completely re-drawn and divided in seven sub-areas: Classico, Colli Aretini, Colli Fiorentini, Colline Pisane, Colli Senesi, Montalbano and Rùfina. Most of the villages that in 1932 were suddenly included in the new Chianti Classico area added in Chianti to their name-such as Greve in Chianti which amended its name in 1972. Wines labeled “Chianti Classico” come from the biggest sub-area of Chianti, that includes the original Chianti heartland. Only Chianti from this sub-zone may boast the black rooster seal (known in Italian as a gallo nero) on the neck of the bottle, which indicates that the producer of the wine is a member of the Chianti Classico Consortium, the local association of producers.

The aging for basic Chianti is much less stringent with most varieties allowed to be released to the market on 1 March following the vintage year. The sub-zones of Colli Fiorentini, Montespertoli and Rufina must be aged for a further three months and not released until 1 June. All Chianti Classicos must be held back until 1 October in the year following the vintage.

The Sangiovese that forms the majority of the Chianti blend is a thin-skinned grape, so it makes translucent wines.

In the glass, Sangiovese displays a ruby red color with flashes of bright burnt orange as a hue commonly associated with aged wines. Besides Sangiovese, Chianti wines may contain wine grapes like Canaiolo, Colorino, Cabernet Sauvignon and even Merlot. White grapes were once allowed in Chianti Classico but not anymore.

The best examples of Chianti are a visceral tasting experience as in preserved sour Amarena cherries, dried oregano, and notes of balsamic vinegar.

There are many different tastes for young or aged Chianti wine

Chianti has several sub regions. The original is Chianti Classico. Each subzone has different minimum aging requirements. Some say that this is a sign of quality.

Chianti pairs brilliantly with tomato sauces, pizza and pasta bakes such as lasagna but it’s also a great wine with a simple grill or roast or even (gasp!) a burger. Here are my favorite pairings:

Pasta with a meat or tomato sauce e.g. spaghetti bolognese, spaghetti and meatballs and even meatloaf

Baked pasta dishes such as lasagna

Dishes with salsa verde – even fish like this roast cod dish

Roast lamb with rosemary and garlic

Burgers, hopefully with tomatoes and cheese … 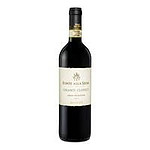 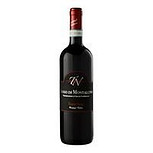