Malbec is one of the original five main Bordeaux wine varietals. Malbec is an offspring of an old, almost non-existent grape variety, Madeleine Noire des Charentes. Originally the grape was first known as Auxerrois. In time that grape changed its name to Noir de Pressac, which was shortened for expediency to Pressac.

Malbec was one of the most important grape varietal in Bordeaux region of France in the mid 1800’s prior to the phylloxera epidemic. It was used as much as 50% in the blends during the early 1800’s. However, after the phylloxera epidemic, and due to Malbec susceptibility to other disease and low tolerance to the growing conditions in southwest France many of the vines destroyed and removed.

Malbec was an important grape varietal in much of the southwest area of France, especially in Bordeaux, prior to the phylloxera epidemic. Numerous chateaux classified in 1855 used it in their blends prior to the onset of phylloxera. It is thought that some estates used as much as 50% in their blends during the earlier part of the 1800’s.

After the phylloxera epidemic, in Bordeaux, much of the vines devoted to Malbec were destroyed. Malbec had difficulty ripening in Bordeaux, due to the grape’s natural susceptibility to various diseases and problems including frost, mildew and general culture.

After the frost, growers began replacing it with varieties better suited to the region like Cabernet Sauvignon and Merlot. However, even today, Malbec continues declining in popularity in Bordeaux.

However, the Malbec grape found great success in Argentina with a more complimentary climate. The Malbec plantings in Mendoza area can produce just fabulous wines. Mendoza, has the perfect growth area for Malbec, with its dry climate, sunny weather and high elevations. Here, the Best Malbec Wine is to reach its best expression.

When ripe, it adds color, tannin and spicy characteristics to the wine, producing deep colored, rich wines with freshness, balanced acidity, lush, round, supple textures and flavors of plum and blackberry.

In France, Malbec produces a different expression than what is created in Argentina. This is important because the wines made in France are quite different from the wines produced in South America from Malbec. In France, Malbec is often more rustic and tannin, which is why in much of France, it’s only used as part of the blend.

But in Mendoza, Argentina, Malbec is the undisputed best Malbec wine throughout the world! Other areas in Argentina are also perfect for the grape including Salta, La Rioja, San Juan and Catamarca. Malbec is now so popular, the grape has its own holiday, International Malbec Day, which is also known as World Malbec day is celebrated every April 17. 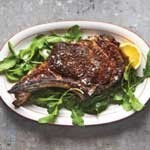