The history and origins of Muscat grapes is a bit vague and limited on good documentation with the origins of the ancestors of the varieties back to the ancient Egyptians and Persians at or about 3000-1000 BCE. Other research has suggested that the family of Muscat varieties were propagated during the period of classical antiquity at or about 800 BCE to 600 AD by the Greeks and Romans. Even though this suggestive information has been available, there is no solid historical evidence that these early wine grapes were members of the Muscat family.

The first documented mention of grapes called “muscat” was in the works of the English Franciscan scholar Bartholomeus Anglicus who wrote of wine made from Muscat grapes in his work De proprietatibus rerum written between 1230 and 1240 A.D.

The Muscat grape is one of the oldest domesticated grapes in the world. For centuries, people have valued this grape enough to keep it in existence and use it to make a variety of interesting and appealing wines as in the best Moscato wine.

The Muscat grape belongs to the species vitis vinifera and is widely grown in warm temperate climates around the world to produce wine, raisins and table grapes. There are hundreds of varieties of Muscat grapes, but the four varieties most commonly used to produce wine are Muscat of Alexandria, Muscat Blanc a Petit Grains, Muscat Ottonel and Muscat Hamburg.

Wine produced from the Muscat grape is characterized by smelling and tasting of the grape itself. Historically the grape has been used to make rich, luscious dessert wines in varying degrees of sweetness and fortification. Sweet Muscats exhibit the taste of raisins, toffee and oranges. More recently, Muscat grapes are being made into dry, aromatic table wines. Muscat grapes are also used to produce lively, refreshing sparkling wines.

Italy is one of the oldest and most important wine producing countries. Grapes were cultivated by the Etruscans in the 8th century BC. Muscat wines have been part of the Italian wine scene for centuries.

The Muscat grape most commonly grown in Italy is Moscato Bianco. It is the fourth most commonly grown white wine grape in the country. This aromatic grape produces wines that are characterized by floral aromas with peach and citrus overtones. It is widely used in Italy for lightly sparkling, or Frizzante wines, the most famous of which are Asti Spumante and Moscato d’Asti. Most of the non-sparkling Italian Muscats can be categorized as having varying degrees of sweetness. The strongest and sweetest Muscats are the specially made “Passito” and “Liquoroso” wines. An exception to the very sweet Muscat wines are Muscat de Chambave from the Aosta Valley which is an ancient and impeccably made dry table wine and the drier, crisper Muscats from the Trentino region.

The Muscat family of grapes includes over 200 grape varieties belonging to the Vitis vinifera species that have been used in wine production and as raisin and table grapes around the globe for many centuries. Muscat grapes and wines almost always have a pronounced sweet floral aroma. The breadth and number of varieties of Muscat suggest that it is perhaps the oldest domesticated grape variety, and there are theories that most families within the Vitis vinifera grape variety are descended from the Muscat variety.

Among the most prominent members of the Muscat family are Muscat blanc à Petits Grains, which is the primary grape variety used in the production of the Italian sparkling wine Asti  made in the Piedmont region. It is also used in the production of many of the French fortified wines known as vin doux naturels. In Australia, this is also the main grape used in the production of Liqueur Muscat, from the Victorian wine region of Rutherglen. Young, unaged and unfortified examples of Muscat blanc tend to exhibit the characteristic Muscat “grapey” aroma as well as citrus, rose and peach notes. Fortified and barrel aged examples tend to be very dark in color due to oxidation with aroma notes of coffee, fruit cake, raisins and toffee.

Muscat of Alexandria is another Muscat variety commonly used in the production of French vin doux naturel, but it is also found in Spain, where it is used to make many of the fortified Spanish Moscatels. Elsewhere it is used to make off-dry to sweet white wines, often labeled as Moscato in Australia, California and South Africa. In Alsace and parts of Central Europe, Muscat Ottonel is used to produce usually dry and highly perfumed wines.

Moscato is not formulated to be aged. It is best served fresh and well chilled. Moscato is great with fresh fruits and berries, summer salads, meringue pies, hazelnut desserts, lemon and poppy bread and cakes, and fruit cobbler. 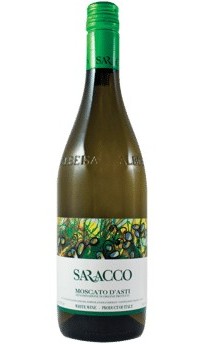 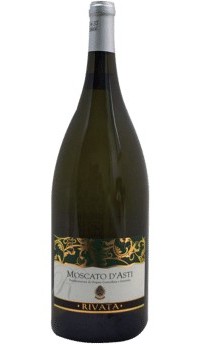 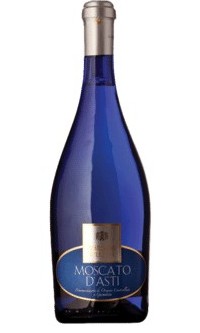 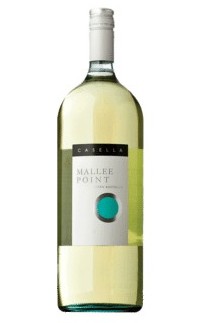 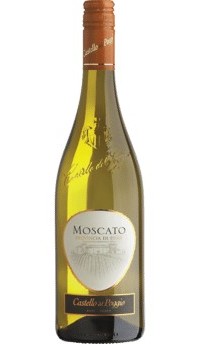 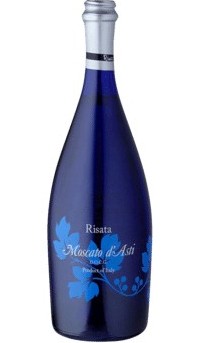 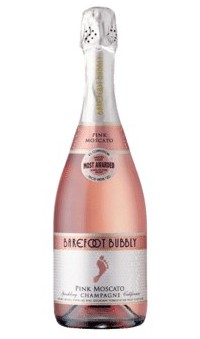 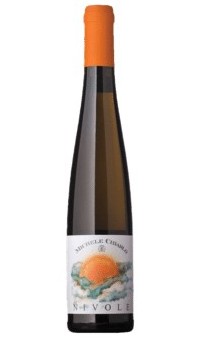