Port is the world’s most popular fortified wine. Made for centuries in the rugged region of northwest Portugal’s Douro Valley, Port is a fortified wine, meaning it’s a wine that’s been blended with a small amount of a distilled spirit, usually brandy. Good Port Wine is a Portuguese fortified wine produced with distilled grape spirits exclusively in the Douro Valley in the northern provinces of Portugal. It is typically a sweet, red wine, often served as a dessert wine, though it also comes in dry, semi-dry, and white varieties. Fortified wines in the style of port are also produced outside Portugal, including in Australia, France, South Africa, Canada, India, Argentina, Spain, and the United States. Under the European Union Protected Designation of Origin guidelines, only the product from Portugal may be labeled as port or Porto. In the United States, wines labeled “port” may come from anywhere in the world, while the names “Oporto”, “Porto”, and “Vinho do Porto” have been recognized as foreign, non-generic names for port wines originating in Portugal.

Port wine, associated with Portugal really came into being as a result of the activity of England. Essentially, the English boycotted French wine during the late 17th century and as a result of the war and began sourcing their red wine from Portugal instead of France. The British were adding a small amount of brandy to the Port to stabilize it during the transport from Portugal to England. As a result, Ports have a reputation for being higher in alcohol, noticeably sweeter, and with more body and palate density than other wines.

The Brits started adding a wee bit of brandy to the Port to help sustain it during the voyage back to England. The brandy served to give the fragile still wine the fortitude to make the long trip on a rocking boat without spoiling, but it also made the wine considerably sweeter when it was added early enough to halt fermentation and leave residual sugar levels elevated. As a result, Ports have a reputation for being higher in alcohol, noticeably sweeter, and with more body and density than other wines.

Over a hundred varieties of grapes (castas) are sanctioned for port production, although only five Tinta Barroca,

Tinto Cão, Tinta Roriz (Tempranillo), Touriga Francesa, and Touriga Nacional are widely cultivated and used. Touriga Nacional is widely considered the most desirable port grape but it is difficult to grow. Touriga Francesa is thus the most widely planted grape. White ports are produced the same way as red ports, except that they use white grapes of Donzelinho Branco, Esgana-Cão, Folgasão, Gouveio, Malvasia Fina, Rabigato and Viosinho. All commercially available Ports are from a blend of different grapes. Quinta do Noval, which, since being planted in 1925 on ungrafted rootstock, has produced some of the most expensive vintage ports.

Grapes grown for port are generally characterized by their small, dense fruit which produces concentrated and long-lasting flavors, suitable for long aging. While the grapes used to produce port made in Portugal are strictly regulated by the Instituto do Vinho do Porto, wines from outside this region which describe themselves as the port may be made from other varieties.

How Port Is Made

Port starts off similar to other still wines as far as the production process goes. Grapes are harvested in the fall after a season of significant struggle in low-nutrient, dry schist soil in the patchwork of Douro Valley vineyards.

Next, the grapes are pressed to extract the juice and initiate fermentation. Many Port producers still embrace traditional foot treading in open-air Lagares or large stone or cement tanks for pressing the fruit. After treading, the grape ‘must’ the fresh-pressed juice along with the seeds, stems, and skins—ferments for several days, until alcohol levels reach around 7 percent.

At this point, the young wine is fortified with brandy to bring the fermentation process to a sudden stop and to capture the new wine’s unique fruit flavors. This fortification will leave the residual sugar levels considerably higher than most still wines, typically in the 100 g/L range.

Finally, the batch of Port is pumped into large oak casks, typically for 18 months or so of aging. At the year and a half mark, these young Port wines are blended with other lots of Port wine to find complementary components that will ultimately deliver a delicious wines with well-defined fruit, a great palate appeal, and overarching balance. The young Port may then be transferred to bottles for further aging or receive additional time in a cask.

In broad terms, Port can be split into two distinct categories: wood-aged or bottle-aged. Wood-aged Ports are typically designed to be consumed while still relatively young. The bottle-aged beauties, like Vintage Port, are built to go the distance, often requiring another decade or two to reach full maturity.

Ruby Ports, so named for their distinct ruby color, are young wines with fresh, fruit-filled aromas. These wines are wallet-friendly, entry-level Ports made from a mix of both grapes and vintages. They’re aged for a total of three years and are quite popular in U.S. markets. Ruby Ports are intended to be consumed young and enjoy a remarkable food-pairing versatility.

A Tawny Port is a blend of older vintage wines and displays a rich amber color. Tawnies typically fall on the slightly sweeter side of the spectrum.

As a tawny port spends more time in oak, its color starts to fade from ruby red to more ruby-orange or a “brick-red,” often reaching a deep amber or mahogany color by the time it’s matured. As the aging process continues, a Tawny will taste nuttier and will develop the rich flavors of caramelized figs, dates, and prunes, compared with the fresh-fruit character of Ruby Port.

On the label, the age is most commonly designated as 10, 20, or 30 years. These year designations represent the average age of the various vintages used in the Tawny Port blend, not the exact years the wine has been aged as a whole. Tawny Ports come in three different styles:

A Vintage Port is a Port that is made of blended grapes, usually from various vineyards, which are all from the same vintage year. Historically, Vintage Ports are only declared every three out of 10 years on average. The best grapes, from the best vineyards in the best years, come together to create a quality Vintage Port.

These Ports typically spend about 6 months in oak and then go unfiltered into a bottle for further aging. This extended aging is typical to the tune of another 20 years or more! As a direct result of long-term aging, a pretty heavy layer of sediment forms, and Vintage Ports require decanting and a good bit of aeration before they’re consumed.

Vintage Ports represent the upper echelon both in style and cost. A classification that is common to mistake with the “Vintage Port” designation is the Late-Bottled Vintage (LBV) Port. This particular style of Port is made with grapes from a single vintage, but it was aged in oak only four to six years before it is bottled and released. Late-Bottled Vintage Port is exceedingly popular in the U.K.

Vintage Port and Food Pairing: Stilton and other blue cheeses, almonds and walnuts, chocolate and chocolate-based desserts, and puffed pastries

As the name implies, White Port is derived from white grape varietals and can be made in both very dry to semi-sweet styles. White Port is typically fruitier on the palate and a bit fuller-bodied than other fortified white wines.

Vintage Ports should be stored on their sides, in a dark, cool environment like their still wine counterparts. Ruby and Tawny Ports are ready to drink once released and can either be stored upright or on their sides. Once opened, Ports can last from a day (Vintage Port) to several weeks for Ruby Ports and several months for a Tawny Port.

When serving Port, try to keep the serving temperature right around 60 to 65 degrees. Serving Port wines with a slight chill will lift the aromatics and focus the innate fruit and flavor components.

Today, various renditions of Port are made outside of Portugal in several wine-producing countries. However, these fortified wines are typically made from raisined grapes and often lack the depth and remarkable acidity that comes with the original. Authentic Portuguese Port is designated as “Porto” on the bottle’s label. 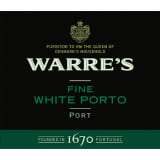 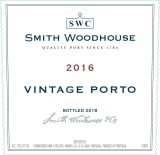 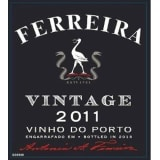 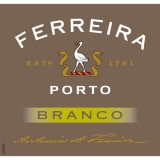 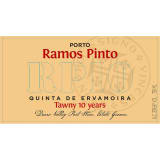 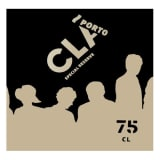 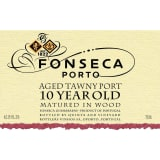 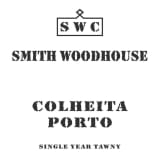 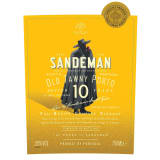