The finest smoothest wheated Bourbons may also be some of the most expensive. However, there is a selection of the Best Wheated Bourbons available in lieu of the very expensive and prized Pappy Van Winkle.

As seemingly straightforward as the spirit is, whiskey (and/or whisky) is actually a pretty complicated alcoholic beverage. In fact, the greater category has a surprisingly large number of distinct sub-categories within it, including things like scotch, Irish whiskey, Canadian whiskey, Japanese whisky, rye whiskey, Tennessee whiskey, and of course our topic of interest bourbon whiskey.

In the case of the spirits you see before you today, we are going to concentrate on a type of distinctly=American whiskey called wheated bourbon. Specifically, we are interested in this particular variety because Pappy Van Winkle.is exceedingly hard to find and even when you can track it down it can be absurdly expensive even for seasoned collectors. However, if you know where to look, there is actually a pretty wide range of alternatives to Pappy that are more widely available and a good deal less expensive. You will find eight of the best on our following list of wheated bourbon alternatives to Pappy Van Winkle. 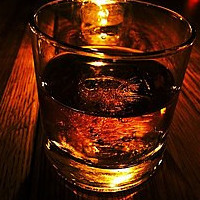 The Federal Standards of Identity for Distilled Spirits, codified under 27 CFR §5.22(b)(1)(i), states bourbon made for U.S. consumption must be:

Straight bourbon, which has a minimum aging requirement of two years. Any bourbon aged less than four years must include an age statement on its label.

Bourbon that meets the above requirements has been aged for a minimum of two years, and does not have added coloring, flavoring, or other spirits may be called straight bourbon.

And Why Pappy Van Winkle Is So Popular

The basic processes for distilling bourbon whiskey are mostly the same no matter. In fact, there are a few must-haves for a distilled liquor to even be considered bourbon in the first place. This includes a mash (the baseline mixture of water steeped with grains) that’s at least 51% corn, a period of aging in charred oak barrels, and a lack of any other additives. However, outside of those parameters, distillers are free to change The specific varieties of charred oak barrels, and even the amount of time a spirit is aged.

One of the most popular styles fin recent days is wheated bourbon. What differentiates wheated bourbon from other bourbon is that, after corn, wheat is the secondary flavoring grain, rather than rye or barley in the recipe. The result is a smoother spirit with less harshness and bite that allows many of the other flavors and aromas to come through a bit more. The most popular and fabled label to specialize in this style is Pappy Van Winkle. Owned by Old Rip Van Winkle Distillery. Pappy is widely considered the wheated bourbon that set the standard in the industry.

There is no denying that Pappy Van Winkle’s recipes certainly set them apart from their competition, as does the label’s rigorous aging standards, which starts at a minimum of 15 years (twice as long as Jim Beam). However, there’s also another significant determining factor in what makes Pappy Van Winkle sometimes cost in the thousands of dollars is the rarity of the beverage. The Old Rip Van Winkle Distillery actually only produces a few thousand cases per year. Jack Daniel’s, by contrast, produces over 100 million bottles a year. It’s so rare that the brand uses a lottery system just to select people who have the opportunity to buy it. These alternatives, by contrast, are much easier to find and purchase, as they are not as sought after and are widely available for purchase in essentially any liquor store.

This alternative to Pappy Van Winkle is the price at or about $20. There is one very important fact that makes this spirit such a bargain is that uses the exact same mash recipe and in the same distillery as Pappy Van Winkle. However, WL Weller is only aged for seven years as opposed to Pappy’s aging for 15 years. The prospect of getting something similar to Pappy Van Winkle for a fraction of the cost is great. WL Weller also makes a 12-year aged version.

Originally produced in 1870, Old Fitzgerald is one of the oldest American whiskey brands around and was and has been purchased by the Heaven Hill Co in 1999. Heaven Hill to develop Larceny as a tribute to wheated bourbons. It was revealed that Larceny has approximately 1/3 more wheat in its recipe than its competitors. This Larceny wheated bourbon whiskey has plenty of spice at 89 proof and is also somewhat smoother than its similarity priced whiskeys.

Bottled-in-bond Whiskeys are special and notably an American thing. These whiskeys are government regulated spirits and defined as must come from a single distiller during a single distilling season. These must be aged for a minimum of four years in a government-approved facility and must be bottled at 100 proof. McKenzie’s Bottled-in-Bond Wheated Whiskey meets all that criteria and also is an exceptional alternative to Pappy Van Winkle with a significantly lower price to go. It is a spicy flavor and has enough kick. It goes well on-the-rocks as it does neat or mixed into a classic cocktail. 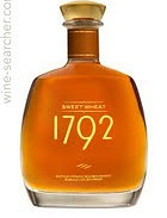 This is the first product to come from resonable1792resonable as a wheated bourbon. This spirit delivers a smooth sweet flavor with notes of vanilla and caramel with subtle flavors of fruit. The sweetness is balanced out by an abundance of oak tannins. The 1792 Sweet Wheat Bourbon is an excellent selection for a drink and comparable to most of the other wheated bourbons on the market. It is also a reasonably priced bargain.

This fine whiskey has a strong masculine side in its taste including dark char, raw rope, as well as vanilla, and notes of cherry and orange peel. The bourbon is spicy, peppery driven bourbon with a sugar sweetness.

Wyoming Whiskey Wheated Bourbon is a bit high priced when compared with other wheated bourbon alternatives. It is sweet but not too sweet and also very smooth. It still has a prominent flavor profile even though it is only 88 proof. It is a whiskey one should try to possibly become a fan. 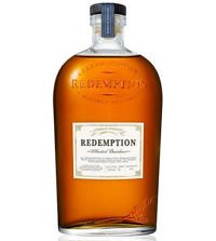 The Redemption product line has been about in the past rye bourbon and has not included a wheated bourbon. Redemption has now developed an exceptional wheated option with a considerable addition of 45% winter wheat (higher than most of its competitors) and is aged for a minimum of four years in charred oak barrels. The spirit at 96 proof, with floral notes alongside touches of vanilla and walnut, has a fantastic score of 91 at the 2019 Ultimate Spirits Challenge make this am exception wheated bourbon. 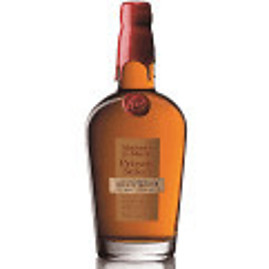 Maker’s Mark bourbons are historically wheated. Maker’s Mark standard offering is both popular and available at a reasonable price. The Private Select Wheated Bourbon is just somewhat better. This fine quality is due to the expression starting out as a cask strength version of regular Maker’s Mark. Each barrel has 10 custom wood finishing staves added to them, before being sent to age in the brand’ limestone cellar. With 1000 possible combinations, each expression of this liquor is unique.

Garrison Brothers was founded in 2006 and is the first legal bourbon distillery in the state of Texas. Garrison Brothers Texas has very quickly built up an impressive reputation and is one of the most sought after wheated bourbon because is so good. This wheated bourbon was also awarded the brand a silver medal at the 2013 San Francisco World Spirits Competition, which is no small feat, as that’s one of the stiffest competitions in the entire spirit industry.